Guests will set off from the Volcanoes National Park headquarters for your trek to see the golden monkeys. This rare species is listed as endangered and there are currently two troops of the monkeys which have been habituated to visits by tourists in the park, both of which number around 80 members. The golden monkeys live in the bamboo vegetation toward the base of the volcanoes and have overcome their initial shyness to accept their daily visit by researchers and tourists.

You will trek to find the golden monkeys in a similar way to the gorilla trek — in a small group of no more than eight people, and you can spend one hour with the monkeys once you find them. They are very sprightly creatures, and leap from tree to tree which is really entertaining, if a little difficult to photograph! We recommend setting your camera to a fast shutter-speed to allow for low light in the dense undergrowth and to better your chances of capturing the golden monkeys on film!

This is a great way to spend an extra day in the Volcanoes National Park and if you're interested in wildlife, this is a rare and delightful experience not to be missed!

Other experiences in Volcanoes National Park

These activities are designed to give you the most authentic experiences around where you're staying. We work with local guides, who use their knowledge and often a resident's eye to show you the main sights and more out-of-the-way attractions. Our specialists can suggest tours and activities, such as cooking classes, that will introduce you to the local ways of life.

Speak to a Rwanda specialist to start planning your tailor-made holiday...

Speak to a Rwanda specialist to start planning your tailor-made holiday... 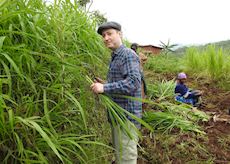 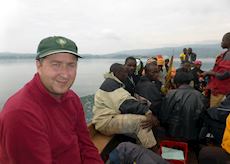